Hello, reader friends! We are celebrating Things We Didn’t Say by Amy Lynn Green with a quick visit, my review, and a giveaway! 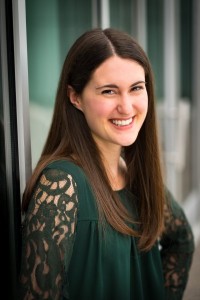 Amy Lynn Green is a publicist by day and a novelist on nights and weekends. History has always been one of her passions, and she loves speaking with book clubs, writing groups, and libraries all around the country.

You can connect with her via her newsletter, where she sends occasional updates along with giveaways, history tidbits, and bookish fun.

Amy and her husband make their home in Minneapolis, Minnesota.

A: the villain (or villain sidekick) who is redeemed in the end
• the wise mentor who defies stereotypes and doesn’t die
• the minor character who is almost more interesting (or hilarious) than the main character
• the complex antagonist who thinks he or she is actually on the good side
• the hero or heroine who has to make real sacrifices for the people or causes they love

What is your favorite activity or hobby not related to books?

A: I’m a huge fan of board games, especially obscure ones with wacky themes. Need a game where you can smuggle cheese and crossbows with Robin Hood? I’ve got you covered. How about one where you’re an adorable raccoon traipsing through the forest on heroic quests while the other players fight each other? There’s a game for that. You can run a 1950s airline or take up piracy or build a colony on Mars all by visiting my game shelf.

B: Oh dear, you and my mama would have a grand time with those!

Describe yourself then Things We Didn’t Say in five words.

A: Oooh, this was tough.

Things We Didn’t Say – POW camp. ALL the letters!

A: I’d always known I wanted to write a book written entirely in letters and other documents. When I was researching Minnesota’s history, I found out that there were over a dozen German prisoner of war camps scattered throughout the state during WWII. Then I found out that just a few miles from where I lived, there was a secret Japanese school to train translators and spies. Well, those two fun facts just couldn’t go to waste, and the true story of Minnesota’s history sparked my fictional characters: Johanna Berglund and Peter Ito.

B: I learned so much while reading your story. 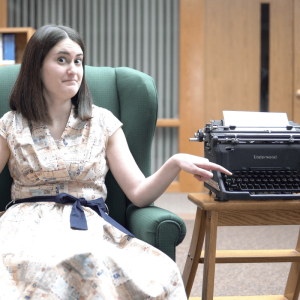 What did you learn or discover about yourself while writing Things We Didn’t Say?

A: I was most surprised to learn that the issues of 1944 aren’t too different from the issues of today. My heroine, Johanna Berglund, had to deal with prejudice, inflammatory media, and the complexities of what it looks like to love your neighbor. In some ways, writing a historical novel helped me think even more carefully about the world around me, and I hope it does the same thing for readers.

B: An important lesson for us all!

What is your reading style?

A: First of all, let me say that I’m not a reading snob—no one has to like the same format, genre, or authors I do. But I typically gravitate toward print-only (because I look at screens all day). For fiction, I love historical (of course) and also the occasional mystery or epic fantasy, but witty banter in dialogue will hook me no matter the genre.

I’ll read in the bathtub, listen to an audiobook on a road trip, recite a children’s book out loud dramatically in the middle of a bookstore (I’ve attracted an audience before). You name the time and place, and I’ll be happy to read there!

B: Spontaneous theatrical public children’s book readings… that has to be the best thing ever.

A: The Lines Between Us will be releasing in September 2021, and I can’t wait for readers to meet my next set of characters. Gordon Hooper fights wildfires on the homefront as a smokejumper rather than enlist in the military against his beliefs. Meanwhile, his former sweetheart, Dorie Armitage, joins the Army Corps. A suspicious accident forces them to work together to solve a mystery, uncovering some shocking secrets along the way. This one isn’t written entirely in letters except for a few short sections here and there, so it was fun to try a different style for my second book.

B: You adventurous writer! Go, Amy!

A: Oh boy. My style is…barely-managed chaos. Ain’t nobody teaching a class on this at a writing conference, that’s all I’m saying. I have a vague idea of the plot and characters before jumping in, but mostly, I type out words like a madwoman, often out of order…and commit to spending a lot of time re-writing, because so much changes along the way. Character names. Dramatic reveals that I need to foreshadow. Entire subplots I added halfway through. It’s part of the adventure!

B: You do you, my friend! It is clearly working! Thank you so much for taking the time to visit with us, Amy! 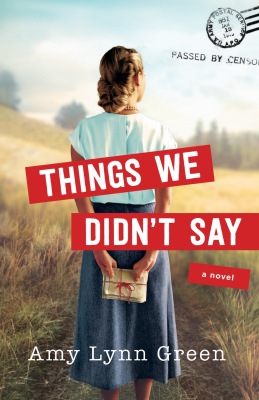 Headstrong and determined, linguistics student Johanna Berglund has very definite plans for her future . . . plans that do not include returning to her hometown and the secrets and heartaches she left behind. But when the only way to her intended future is through undertaking a translator position at a nearby camp for German POWs, she reluctantly accepts.

Johanna arrives to find the once-sleepy Minnesota town exploding with hostility. Most patriotic citizens want nothing to do with German soldiers laboring in their fields, and they’re not afraid to criticize those who work at the camp as well. When Johanna describes the trouble to her close friend Peter Ito, a language instructor at a school for military intelligence officers, he encourages her to give the town that rejected her a second chance.

As Johanna interacts with the prisoners and censors their letters home, she begins to see them in a more sympathetic light, but advocating for better treatment makes her enemies in the community. The longer Johanna wages her home-front battle, the more the lines between compassion and treason become blurred–and she must decide where her heart truly lies.

Things We Didn’t Say is a novel to be savored. I often found myself pausing among the pages to marinate in the emotions, imagine the letter-writer’s state of mind, envision the recipient’s reaction, or simply step back and respect our shared history.

Green’s depiction of small-town culture struck a familiar chord in my heart and I recognize many sentiments and attitudes that endure to this day for better or worse. Johanna’s journey and that of her friend Peter are captivating and starkly realistic.

I highly recommend this book to history lovers and story lovers alike. Things We Didn’t Say is epistolary historical fiction at its finest. 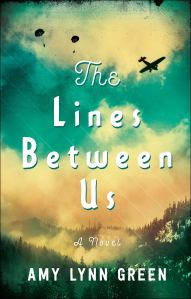 Thanks to the generosity of the author, one fortunate Faithfully Bookish reader friend will win a print copy of two WWII Novels: When Twilight Breaks by Sarah Sundin and Things We Didn’t Say by Amy Lynn Green. 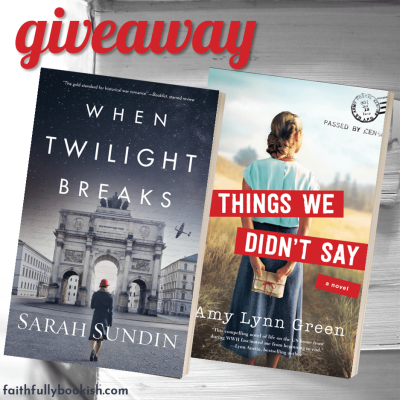 Are you a fan of WWII fiction, reader friends?!
Be sure to add Things We Didn’t Say by Amy Lynn Green to your tbr!