These Montana Rescue installments are the meat and potatoes of my pleasure reading! Hold on for book 3, A Matter of Trust by Susan May Warren!

Champion backcountry snowboarder Gage Watson has left the limelight behind after the death of one of his fans. After being sued for negligence and stripped of his sponsorships, he’s remade his life as a ski patrol in Montana’s rugged mountains, as well as serving on the PEAK Rescue team. But he can’t seem to find his footing–or forget the woman he loved, who betrayed him.

Senator and former attorney Ella Blair spends much of her time in the limelight as the second-youngest senator in the country. But she has a secret–one that cost Gage his career. More than anything, she wants to atone for her betrayal of him in the courtroom and find a way to help him put his career back on track.

When Ella’s brother goes missing on one of Glacier National Park’s most dangerous peaks, Gage and his team are called in for the rescue. But Gage isn’t so sure he wants to help the woman who destroyed his life. More, when she insists on joining the search, he’ll have to keep her safe while finding her reckless brother, a recipe for disaster when a snowstorm hits the mountain.

But old sparks relight as they search for the missing snowboarder–and suddenly, they are faced with emotions neither can deny. But when Ella’s secret is revealed, can they learn to trust each other–even when disaster happens again?

The excitement and suspense and romance in this series are like gooey melted chocolate and peanut butter drizzled over rich vanilla frozen custard! A multilayered storyline and complex characters give this story an intensity and depth worthy of Glacier National Park’s impressive peaks.

Beneath the chill surfer dude façade, Gage Watson is plagued by past regrets and shame. In my opinion, he’s trying to atone for his thrill-seeking past by using his serious snowboarding skills to serve others, both as a member of ski patrol and PEAK SAR. Besides carrying a heap of guilt, formerly fun-loving Gage is also suffering from a broken heart.

Since their whirlwind romance and devastating courtroom encounter three years ago, Ella Blair has been praying for an opportunity to apologize and make amends. I admire Ella’s fierce protectiveness and determination. There are not many people who would drop everything, fly across the country, hunt down their younger brother, then chase them down a dangerous mountain! You go, Ella!

Y’all, I have never snowboarded, skateboarded, surfboarded… not once have I even had the slightest desire to attempt any sort of adrenaline pumping recreational activity… UNTIL THIS BOOK!!! Too bad about my bum knee, I’ll just have to stick to my bookish adventures 😉

Next up, BOATING!? Book 4 releases in January, check out the cover below!

I requested the opportunity to read this book through the publisher. The opinions expressed are my own. 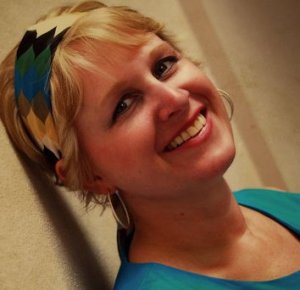 Susan May Warren is the RITA award-winning novelist of over thirty novels. A five-time Christy award finalist, a two-time RITA Finalist, she’s also a multi-winner of the Inspirational Readers Choice award, and the ACFW Carol Award.

A seasoned women’s events speaker, she’s a popular writing teacher at conferences around the nation and the author of the beginning writer’s workbook: From the Inside-Out: discover, create and publish the novel in you!.

She is also the founder of MyBookTherapy.com, a story-crafting service that helps authors discover their voice.

Thanks to the generosity of a Faithfully Bookish reader friend, we have a copy of Rescue Me (Montana Rescue book 2) to giveaway!


PLUS y’all can hop over to goodreads for a chance to win a copy of A Matter of Trust!
Enter now! Goodreads giveaway ends July 4!

Glacier National Park is on my bucket list! Have you ever visited?
Have you read A Matter of Trust?

Rescue Me by Susan May Warren

Storm Front by Susan May Warren

Troubled Waters by Susan May Warren

48 thoughts on “A Matter of Trust by Susan May Warren”