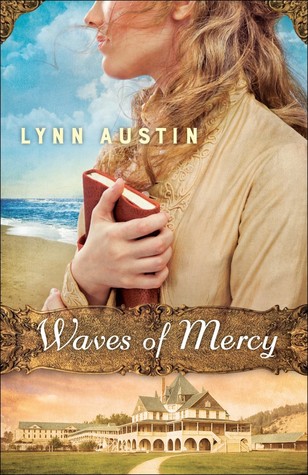 Geesje de Jonge crossed the ocean at age seventeen with her parents and a small group of immigrants from the Netherlands to settle in the Michigan wilderness. Fifty years later, in 1897, she’s asked to write a memoir of her early experiences as the town celebrates its anniversary. Reluctant at first, she soon uncovers memories and emotions hidden all these years, including the story of her one true love.

At the nearby Hotel Ottawa Resort on the shore of Lake Michigan, twenty-three-year-old Anna Nicholson is trying to ease the pain of a broken engagement to a wealthy Chicago banker. But her time of introspection is disturbed after a violent storm aboard a steamship stirs up memories of a childhood nightmare. As more memories and dreams surface, Anna begins to question who she is and whether she wants to return to her wealthy life in Chicago. When she befriends a young seminary student who is working at the hotel for the summer, she finds herself asking him all the questions that have been troubling her.

Neither Geesje nor Anna, who are different in every possible way, can foresee the life-altering surprises awaiting them before the summer ends.

While I was reading this book I kept getting this giddy feeling. Waves of Mercy is so full to the brim with rich storytelling that it actually feels like reading two novels at once. Big books make me happy!

Anna is drawn to a deeper relationship with God but that would be a major social faux pas in the eyes of her family and peers. Her fiancé even breaks their engagement yet Anna isn’t sure whether that’s a bad thing or not. I did a lot of talking to Anna trying to help her out and set her straight but she obviously wasn’t hearing me.

At her son’s prompting, Geesje is revisiting past memories and recording them for the town’s celebration. Her recollections are my favorite aspect of this story. I love hearing about the motivation, determination, and ingenuity of those with enough pioneer spirit to carve civilization out of wilderness. Geesje’s memories are full of conflict and sorrow but also held together by faith and love.

Derk is nursing wounds of his own after his fianceé gave him an ultimatum to essentially choose between her and his calling to become a minister. He is also the common thread between the stories of the two ladies. Derk looks up to Geesje as a surrogate grandmother of sorts and they confide in and encourage one another. While working at a nearby resort hotel, he is intrigued by and drawn to Anna and her strikingly familiar appearance.

As much as I wanted to play matchmaker and fix everyone’s problems, the characters and author had their own plans. Ultimately we agreed to disagree on that point but overall, the story was vivid, authentic, and inspiring.

I requested the opportunity to read and review this title through Bethany House Bloggers. The opinions expressed are my own.

Lynn Austin has sold more than one and a half million copies of her books worldwide. A former teacher who now writes and speaks full-time, she has won eight Christy Awards for her historical fiction. One of those novels, Hidden Places, has also been made into an Original Hallmark Channel movie. Lynn and her husband have raised three children and make their home in western Michigan.