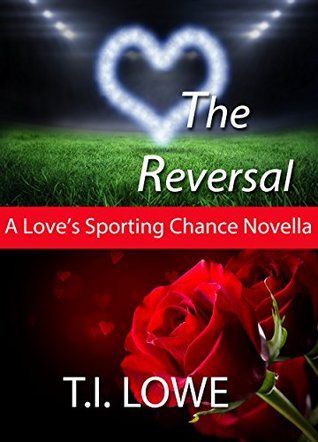 A pro-football season goes beyond the sixteen scheduled games. Preparation is the key to how well the game will be played. Many trick plays can turn a game on its head. All the team can do is plan and be prepared for whatever the opposing team is willing to dish out. A season of life is no different.

The season was in Samantha Shaw’s sight, completely planned and conditioned and practiced. She had her life game plan figured out, but no matter how much she had prepared, Sam never saw that sneaky reverse until it was too late.

Wiley Black’s life called an audible play on the pro-football quarterback, landing him in the game of life with the unique tomboy whose sassy mouth got under his skin from day one. Sam challenged him at the line of scrimmage and he could do nothing but pursue her with abandon.

Sam had to decide if she was willing to let Wiley call a reverse, which would surely turn her life on its head.

This novella was first released as part of Love’s Sporting Chance collection. Samantha Shaw is a no-nonsense Texan lady who isn’t afraid to be herself and get her hands dirty. Sam has worked hard to earn her position as head groundskeeper. I love strong female leads like Sam who pursue their dreams despite social expectations.

Wiley Black is not letting his career-ending injury slow him down, he’s just taking a different path to football success. Wiley isn’t a star quarterback anymore, he’s Head Coach Black and he’s determined to do it his way.

The Reversal is full of tension and turmoil between the head coach and head groundskeeper and plenty of flirty fun. T.I. Lowe has quickly become one of my favorite authors and she really knows her chemistry!

I won this title from the author in a Facebook party giveaway. The opinions expressed are my own.

T.I. Lowe is a southern belle that resides on a small farm hidden in the boonies near coastal South Carolina. Most days you can easily find T.I. in her kitchen, whipping up homemade treats for her babies and neighbors or glued to her computer keyboard. She enjoys drifting away in the fictitious world of the latest novel while bathing in the warm southern sunshine with a glass of iced tea in hand.

“I am running with patience the race set before me, looking unto Jesus, my author and finisher of my faith.”

She is currently working on the Coming Home Again Series.

I’ll also be reviewing titles from T.I.’s The Bleu Series soon! I just love her style and I think you will, too!