Hello, reader friends! Sara Davison, one of our Mosaic Collection author friends is joining us for a little chat as part of a JustRead Publicity Tours blog tour celebrating Lost Down Deep! 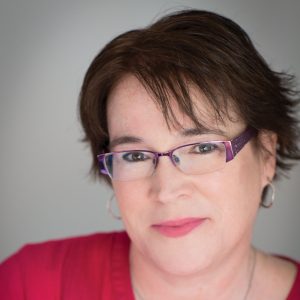 Sara Davison is the author of the romantic suspense series, The Seven Trilogy and The Night Guardians.

She has been a finalist for eight national writing awards, including Best New Canadian Christian author, a Carol Award, and two Daphne du Maurier Awards for Excellence in Mystery/Suspense. She is a Word and Cascade Award winner.

She currently resides in Ontario, Canada with her husband Michael and their three children, all of whom she (literally) looks up to.

What did you learn or discover about your characters while writing Lost Down Deep?

S: Forgiveness is a major theme of Lost Down Deep, not only forgiving others but learning to accept forgiveness for ourselves. God and Jude’s family have forgiven him for the past, but he still struggles with how to make it up to them. Finally, his older brother tells him that he’s going to have to figure out sooner or later that he can’t, that that’s what forgiveness is for.

This strikes Jude hard. “It was almost too much for him to wrap his mind around. If he couldn’t do anything to make it right, then he was free to stop trying. He didn’t consider himself stupid either, but he’d been acting that way. As though he’d owed someone a million dollars, and even after they’d forgiven the debt he kept trying to pay it back, a few measly pennies at a time.”

Initially, I didn’t have this part in the book, I just had Jude trying to make it up to his family. Then an early reader suggested that such a thing wasn’t really possible, which got me thinking. Of course, you can’t make up for the past, not really. That is what forgiveness is for, both from others and from God.

B: Forgiveness is a beautifully simple act that often gets tangled up in complex emotions. I’m glad to hear you’ve incorporated it into this story, it’s a theme that never gets old.

S: I’m currently working on the third book of The Night Guardians Series, Driven, which follows Vigilant and Guarded. When that’s done I’ll be writing Written in Ink, book two of The Rose Tattoo Trilogy and the sequel to Lost Down Deep. Driven will come out February and Written in Ink in August 2021.

S: I’m somewhere in between a true pantser and plotter, leaning a little more towards pantser. I do like to know the beginning and the end of the story when I begin and to have a reasonably good idea how I am going to get from one to the other, but once I start writing the story is very fluid and often goes in directions I didn’t entirely expect. That’s fine with me as it keeps the process interesting.

I often sit down at the computer as interested as the readers will (hopefully) be to find out what comes next. I write almost exclusively in my office at home. In my previous town, I often worked in coffee shops, but I haven’t found one in my new town that works for me as they tend to be too busy and noisy. (At least they were before they all closed in March.)

The other place I write is at a friend’s cottage. She is an author as well, and she and another writer friend of ours try to get away for a week-long writing retreat at least two or three times a year, and that is definitely the most productive time of the year for me.

S: Woman attacked. Loses memory. Flees to small town. Three men follow. Which are good and which are bad? (Must read to find out 🙂 )

Do you have a favorite bookish habit?

S: My bookish habit is the same as most book lovers – collecting books. My husband loves books too, so we often browse around thrift stores or secondhand bookshops and end up bringing another pile of them home. Although we do try to get rid of some periodically, we still end up having them piled on every shelf and stacked in every available space. My dream is to one day have a library in my home with a ladder that rolls from shelf to shelf.

B: I also have that habit!

What are some of the challenges you faced while writing Lost Down Deep?

S: Time to write is always my biggest issue. I have my own editing business and do a lot of work for other people. My writing tends to get shuffled down my list of priorities, especially with two kids still at home. For me to get any serious writing done I need extended periods of time with no interruptions. That means either going to a coffee shop or library to write or to the cottage.

Now that I can’t really leave home, and our oldest has come home from school so there are five people in our small home all day every day, it’s getting harder. Somehow I have managed to meet all deadlines so far, which is important to me, so I hope and pray that continues.

B: It’s been harder to concentrate around here too although I’m not sure why since our daily routine hasn’t changed much! Thank for chatting with us, Sara!

She is the only one who can tell the police who attacked her in her home. If only she could remember…

Summer Velasquez is on the run from a man she has no recollection of after an attack she can’t recall. Every face in the crowd is a potential suspect, so how is Summer supposed to know who is a threat to her and who isn’t?

After fleeing her assailant and the parents who lied to her about what happened, she changes her name and seeks refuge in Elora, Ontario. The small town feels familiar, although she has no memory of ever having been here.

Even in what should be a safe place, she can’t shake the feeling that she is being watched.

When Ryan Taylor strolls into the Taste of Heaven Café where she works, Summer is immediately drawn to him. However, he may not be who he says he is either. As her suspicions grow, Summer prepares to run again.

But at least one person is determined to stop her. Permanently. And if she can’t remember who he is, this time he may succeed.

(1) winner will receive a print copy of Lost Down Deep by Sara Davison and a $25 Amazon Gift Card!

Be sure to check out each stop on the tour for more chances to win. Full tour schedule linked below. Giveaway will begin at midnight April 20, 2020 and last through 11:59 PM EST on April 27, 2020. Winner will be notified within 2 weeks of close of the giveaway and given 48 hours to respond or risk forfeiture of prize. US mailing addresses only. Void where prohibited by law or logistics.

Giveaway is subject to the policies found here.

Share your thoughts in the comments below!
Let me know if you’ve been following the Mosaic Collection, reader friends!
Follow along at the link above to learn more about Lost Down Deep by Sara Davison!

7 thoughts on “Lost Down Deep with Sara Davison q&a”