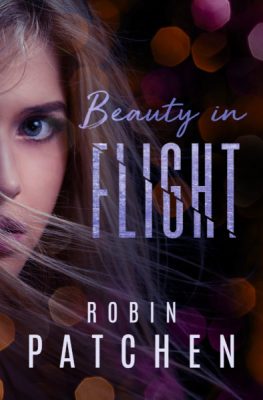 Her beauty once opened doors, but the felony conviction now slams them shut.

Harper Cloud used to love the gilded glamour of Las Vegas, but on the far side of prison, she sees the cracks in the veneer. These days, she keeps her head down and focuses on the elderly patients in her care. Even her new wealthy east-coast boyfriend, Derrick, can’t entice her away. She’s trusted men before, and look where that got her.

She tries to brush off the feeling that she’s being watched. She won’t allow a baseless paranoia to derail her life. But when she’s followed home one night, her pursuer gets within a hair’s breadth of grabbing her. She knows it’s time to get away from Las Vegas.

Maybe Derrick can be trusted. Maybe his job offer—to care for his aging grandfather in Maryland—will be the second chance she needs. But Derrick has secrets of his own, secrets that could take him down–and take Harper with him. Can there be a second chance for someone like her? 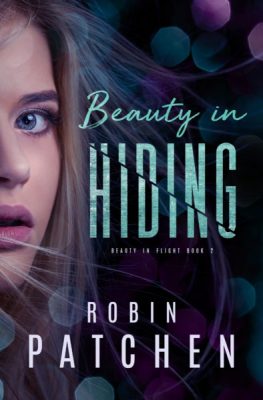 Harper’s second chance at life will become a second stint in prison if anyone connects her to those two dead men.

Nutfield, New Hampshire, is as good a place as any to hide from the murderer Harper left behind in Maryland. All she has to do is lie low and make enough money to keep herself and Red alive until she can figure out who her enemies are.

Jack Rossi is mystified by his beautiful new tenant and her confused grandfather. Something’s not right, but the love he sees between them and the care she takes of the old man convinces Jack they’re trustworthy. As drawn as he is to Harper, she’s his tenant, so she’s off limits.

Derrick, Harper’s ex-boyfriend and Red’s grandson, needs to find his grandfather and get his hands on the old man’s money before Derrick ends up with a bullet in the skull. And when he gets his hands on Harper, she’ll be sorry for what she’s put him through. Harper and Jack grow closer, but so do her enemies. If the truth comes out, she may lose her freedom—or her life.

The truth is out, but will it set her free or land her in the grave?

Harper doesn’t want to return to Maryland to face the police. The mess she left behind makes her look guilty of the worst, but it’s too late to run again. Red is safe and the authorities are waiting. At least Jack is by her side.

Now that Jack knows the truth, his feelings for Harper are deeper than ever. He’s not about to leave her side, especially knowing a killer is after her.

But Derrick is on their trail, and he’s come unhinged. And he may not be the biggest threat lurking.

Aside from her family and her Savior, Robin Patchen has two loves—writing and traveling. If she could combine them, she’d spend a lot of time sitting in front of her laptop at sidewalk cafes and ski lodges and beachside burger joints. She’d visit every place in the entire world—twice, if possible—and craft stories and tell people about her Savior.

Alas, time is too short and money is too scarce for Patchen to traipse all over the globe, even if her husband and kids wanted to go with her. So she stays in Oklahoma, shares the Good News when she can, and writes to illustrate the unending grace of God through the power and magic of story.

Tales of a Splattered Child

Fallen women are near to my heart because, once upon a time, I was one. Don’t misunderstand. I wasn’t like my protagonist Harper. I didn’t spend time behind bars, and I’ve never been involved in the committing of a felony.

We were all fallen at one point, of course. But I’m talking about people like me, people who were raised in the church but rejected God and all His rules. Or people who weren’t told about what Jesus was offering until later in life. We are people who looked to the world for freedom and found slavery, who looked for joy and found misery. Some of us didn’t just fall. We tumbled headlong down a rocky slope and landed on the hard ground with an audible splat.

I’m one of the splattered ones.

I like to write about people like me, women who’ve made a million bad decisions and ended up so far from where God planned for them to be that they can’t even glimpse the good path in the distance with binoculars. They’re bruised and cut and broken, limping aimlessly and desperate for help.

I love to see how God can swoop in to rescue a splattered child. He doesn’t just dust off her wounds. No, He heals her with his love. He doesn’t just get her out of danger. No, he takes her home, replaces her torn clothes with magnificent robes, puts shoes on her feet and a ring on her finger. Then, he has shouts from the rooftop that His precious daughter has returned.

The protagonist in the Beauty in Flight series, Harper, rejected her family and their faith, ran off to pursue her dreams, and ended up in the ugliest places you can imagine—and that before she went to prison. When she gets out of prison, all she wants is to earn her way back to her family.

But God is a God of grace, and through the events of the three stories, He shows Harper how she can return to Him and find the acceptance she craves—and it has nothing to do with earning anything.

Of course, Harper will have a lot of obstacles to overcome before she finds that place of peace. Didn’t we all? I’m thankful I didn’t have to deal with mobsters and killers on my return to God, but then, that wouldn’t have made a very interesting novel.

One winner will receive a set of all 3 books in the Beauty series (print for US winner; ebook for Int. winner) and a $25 Amazon gift card!

Enter via the Rafflecopter giveaway below. Giveaway began at midnight March 11, 2019 and last through 11:59 pm March 24, 2019. Void where prohibited by law. Winners will be notified within 2 weeks of close of the giveaway and given 48 hours to respond or a new winner will be chosen.

Giveaway is subject to the policies found here.

If you are a fan of romantic suspense, I recommend Robin Patchen’s work!
She definitely knows how to keep readers on the edge of their seats!

45 thoughts on “Beauty in Flight series with Robin Patchen”