Hi, reader friends! Welcome new-to-me author friend Miriam Feinberg Vamosh to celebrate her re-release with a JustRead blog tour! Miriam has graciously offered to tell us more about the setting of The Scroll.

The Fortress of Masada – Way Beyond the “Stones and Bones”

The initial scenes of my historical novel The Scroll take place at the Judean Desert fortress of Masada – one of the most important archaeological sites in Israel, as attested by the well over 600,000 visitors to the site every year. The thrills begin even before you enter Masada’s ancient gateway, with a ride to the summit in a cable car overlooking a spectacular desertscape, ancient Roman siege camps, the Dead Sea and the Mountains of Moab beyond. And for the adventurous and sound of knees, a steep walk up the ancient Snake Path is another way to get to the top, and that’s unforgettable, especially at sunrise.

This fortress, at the top of a free-standing plateau, started out as a refuge for Herod the Great from his many enemies, foreign and domestic. Not coincidently, this is the Herod of the Nativity story, who murdered the innocent children in Bethlehem, and from whose wrath Joseph and Mary fled with the baby Jesus to Egypt.  At Masada (and Herod’s other fortresses, too) the Judean despot left behind palatial remains including two palaces, with meticulously designed mosaic floors, vivid frescoes, a fully equipped Roman bathhouse, storehouses, walls and towers. He also left behind a water system that seemed to ignore every possible obstacle in its mission to bring life to the mountain. But despite all this grandeur and advanced engineering, it’s the story of those who occupied Masada a century after Herod died that has captured the imagination of millions worldwide.

Our only source of information about Masada is the Roman-Jewish historian Josephus, who leaves little to the imagination as he describes what happened there in the spring of the year 71 AD. The protagonists were rebels against Rome, the fiercest, final remnants of the Jewish fighters who upended Roman rule here for seven long years and tied down the Tenth Legion at Masada, under the command of Flavius Silva, until he vanquished the last of them. Ample, evidence remains of the Romans at Masada, in the form of the siege camps they built, along with a wall around the base of the mountain, and several small artifacts they left behind on the mountain when they finally took it over.

It’s no spoiler to tell what happened to the rebels – that part of the story everyone who’s read about Masada or been there already knows. They committed suicide – or we’ll call it that for the sake of brevity, although the full, chilling story is much darker. Josephus tells us that two women and five children survived. History is silent about their fate but I could not be. The Scroll, is based on exactly that; in it I bring one of the women off the mountaintop, and tell her story and that of her descendants, as I imagine it.

In the mid-1960s, the archaeologist and former Israeli general excavated Yigal Yadin excavated much of Masada and boldly reconstructed some of its rooms and walls for the benefit of visitors. The rebel remains are not as grand as Herod’s but it’s among them that you’ll find the drama. They include the synagogue, with benches on the edge of which the rebels may have sat as they heard their leader exhort them to take their own lives and the lives of their families rather than fall captive to Rome. In one corner of the synagogue, remnants of the Bible scrolls they studied were discovered, including, incredibly, Ezekiel’s vision of the “valley of the dry bones.” This might be the most touching thing you’ll hear about at Masada, probably as you yourself sit on those same synagogue benches.

So at this one amazing site we have the incomparable luxury of Herod the Great in the midst of an unforgiving desert, and the remnants of the last Jewish freedom fighters in the midst of an unforgiving conqueror. What a contrast!  But my passion for Masada, and the reason I made it the backdrop for The Scroll, also comes from the fact that Masada represents the furious conflicts not only between the Jews and the Romans, but among the Jews themselves, a topic that demands exploration and an attempt at resolution, for ourselves and for generations to come.

The Scroll is a multi-generational historical novel about the survivors of Masada. It draws from an authentic archaeological find: the divorce document of a woman named Miriam.

This fictionalized version of Miriam’s story begins in the year 73 CE on Masada’s final horrific day, where enemies within and without bring about the downfall of the last Jewish fortress. Its survivors are forced to choose between nation and family, and finally, between life and death. Will they learn the lessons of Masada’s downfall?

Although it tells of events that took place two millennia ago, The Scroll sheds extraordinary light on the complexities of modern Israeli society and the dilemmas faced by Israel and its leaders today. 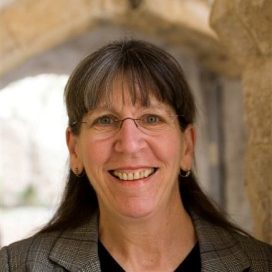 Miriam Feinberg Vamosh was born in Trenton, New Jersey and has lived in Israel for over four decades. She is the author of the best-selling Daily Life at the Time of Jesus, which has been translated into 32 languages.

Her historical novel, The Scroll, is a moving saga about the survivors of Masada and their descendants over three generations and is based on a real archaeological find.

One winner will receive a print copy of The Scroll and a variety of teas from Israel!

Enter via the Rafflecopter giveaway below. Giveaway will begin at midnight January 21, 2019 and last through 11:59 pm January 28, 2019. Open internationally except where prohibited by law. Winners will be notified within 2 weeks of close of the giveaway and given 48 hours to respond or a new winner will be chosen.
Giveaway is subject to the policies found here.

Miriam, thank you for the fascinating information about Masada!
Are y’all as intrigued as I am, reader friends? 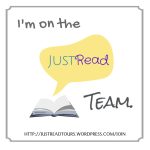 1 thought on “The Scroll: spotlight”