The cover of this book caught my attention and its heart captured mine! The Promise of Breeze Hill by Pam Hillman is the first book of the Natchez Trace series.

Anxious for his brothers to join him on the rugged frontier along the Mississippi River, Connor O’Shea has no choice but to indenture himself as a carpenter in exchange for their passage from Ireland. But when he’s sold to Isabella Bartholomew of Breeze Hill Plantation, Connor fears he’ll repeat past mistakes and vows not to be tempted by the lovely lady.

The responsibilities of running Breeze Hill have fallen on Isabella’s shoulders after her brother was found dead in the swamps along the Natchez Trace and a suspicious fire devastated their crops, almost destroyed their home, and left her father seriously injured. Even with Connor’s help, Isabella fears she’ll lose her family’s plantation. Despite her growing feelings for the handsome Irish carpenter, she seriously considers accepting her wealthy and influential neighbor’s proposal of marriage.

Soon, though, Connor realizes someone is out to eliminate the Bartholomew family. Can he set aside his own feelings to keep Isabella safe?

There is something intrinsically beautiful about a strong woman surrendering herself to the care and protection of a good and honest man.

Isabella Bartholomew carries the burden of her family’s legacy following the death of her brother and her father’s debilitating injury. She is independent, creative, and highly intelligent yet the emotional toll of her responsibilities weigh her down. I felt such a connection this character and her drive to be a caretaker and protector of her family.

Connor O’Shea has strength, valuable skills, and relentless work-ethic. His regrets and loyalty motivate him to set his very freedom aside for the benefit of his loved ones. I was half in love with Connor O’Shea from page one, y’all! By the end of the story, this hero, his faint-away-swoony Irish brogue and all-in self-sacrificial love had wholly and completely captured my reader heart!

If these two characters aren’t enough to send you dashing for the nearest bookstore or library, there are plenty of secondary characters to seal the deal. Isabella’s father and sister-in-law have wonderfully complex personalities and roles to play but the work of sorting intentions of friends and villainous foes is most enticing! I highly recommend this book and I’m making the delightful task of reading all of Pam Hillman’s novels as soon as possible a top priority!

CBA Bestselling author Pam Hillman was born and raised on a dairy farm in Mississippi and spent her teenage years perched on the seat of a tractor raking hay. Pam’s life in the country and her love of the old west bring authenticity to her work and depth to her characters, something that has been recognized many times in the industry through writer’s awards.

Her work has placed in dozens of writer’s contests, including being a four-time Romance Writers of America Golden Heart finalist with Claiming Mariah, her second novel, winning the Award for Best Inspirational. Other awards include the Inspirational Readers Choice Award, International Digital Award, and the EPIC eBook Award.

Pam lives in Mississippi with her husband and family. 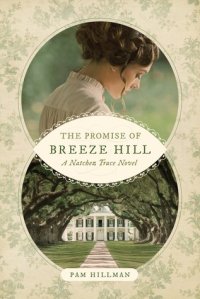 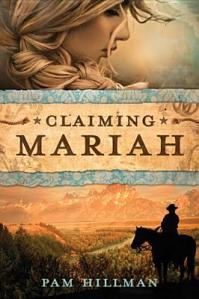 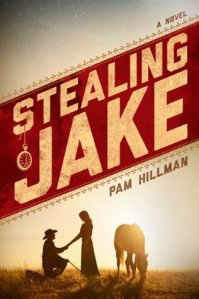 Those rough and brawny heroes are my favorites!
Be sure to add The Promise of Breeze Hill by Pam Hillman to your tbr!

8 thoughts on “The Promise of Breeze Hill by Pam Hillman”