Harry Houdni’s one-time apprentice holds fantastic secrets about the greatest illusionist in the world. But someone wants to claim them . . . or silence her before she can reveal them on her own. 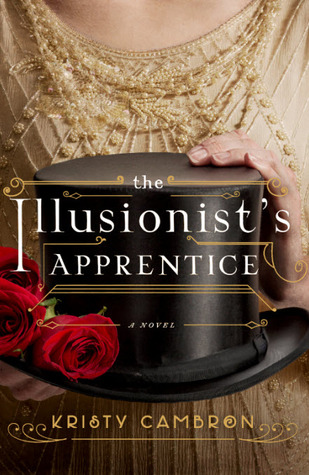 Boston, 1926. Jenny “Wren” Lockhart is a bold eccentric—even for a female vaudevillian. As notorious for her inherited wealth and gentleman’s dress as she is for her unsavory upbringing in the back halls of a vaudeville theater, Wren lives in a world that challenges all manner of conventions.

In the months following Houdini’s death, Wren is drawn into a web of mystery surrounding a spiritualist by the name of Horace Stapleton, a man defamed by Houdini’s ardent debunking of fraudulent mystics in the years leading up to his death. But in a public illusion that goes terribly wrong, one man is dead and another stands charged with his murder. Though he’s known as one of her teacher’s greatest critics, Wren must decide to become the one thing she never wanted to be: Stapleton’s defender.

Forced to team up with the newly formed FBI, Wren races against time and an unknown enemy, all to prove the innocence of a hated man. In a world of illusion, of the vaudeville halls that showcase the flamboyant and the strange, Wren’s carefully constructed world threatens to collapse around her. Layered with mystery, illusion, and the artistry of the Jazz Age’s bygone vaudeville era, The Illusionist’s Apprentice is a journey through love and loss and the underpinnings of faith on each life’s stage.

Take a peek behind the curtains at the enigmatic life of a vaudeville illusionist! The secrets of her trade are closely guarded but protecting the lessons she received from Harry Houdini could cost her everything.

Jenny Wren is a delightfully complex character with integrity, compassion, and a quiet faith. Only a select few are privileged to glimpse the young woman behind her stage persona and her seamless string of illusions. Wren is determined to rely only on herself and refuses to trust anyone completely.

Elliot Matthews has been driven and devoted to his position as an FBI agent from the start but this case (and Wren Lockhart) is like no other! He needs to gain Wren’s trust and cooperation in order to expose the truth.

The suspense, mystery, and multifaceted characters make this a book that is easy to get lost in and hard to put down. Although this is the first of Cambron’s titles I’ve had the opportunity to read, it will certainly not be the last!

I requested the opportunity to read and review this title through the author and publisher. The opinions expressed are my own.

Her debut novel, The Butterfly and the Violin, was named to Library Journal’s Best Books of 2014 and nominated for RT Book Reviews’ Choice Awards Best Inspirational Novel of 2014 and for the 2015 INSPY Awards for Best Debut Novel.

Her second novel, A Sparrow in Terezin, was named Library Journal’s Pick of the Month (Christian Fiction) for February 2015 and a Top Pick for RT Book Reviews.

Kristy holds a degree in Art History from Indiana University. She lives in Indiana with her husband and three young sons.

8 thoughts on “The Illusionist’s Apprentice by Kristy Cambron”