Give a big bookish welcome to today’s featured author! She has a signed book AND some of her favorite heroes to share!!!

Jessica R. Patch lives in the mid-south where she pens inspirational contemporary romance and romantic suspense novels. Her debut novel with Love Inspired Suspense, Fatal Reunion released in January of 2016. Since then she’s authored Protective Duty, Concealed Identity, Final Verdict and her first book in a new series, The Security Specialists, will release in July 2017.

When she’s not hunched over her laptop or going on adventurous trips in the name of research with willing friends, you can find her watching way too much Netflix with her family and collecting recipes to amazing dishes she’ll probably never cook. Visit her website to sign up for her newsletter!

Out of the books you have published, who are your five favorite heroes?

Jess: Well, let’s see. That’s tough. I have four contemporary romance novellas in a small-town series called Seasons of Hope, and five Love Inspired Suspense novels published, or up for pre-order, so I can count those! The easy way out is to just go with the five LIS books, but I can’t do that because my first favorite is (the rest are in no particular order):

1. Knox Everhart. Knox is my hero in Hope Under Mistletoe (book 1 of Seasons of Hope). He’s a former hockey player that now runs a bar. Yes, you heard that right. He’s fast on the ice and with women. He’s rowdy and rough.

But he’s also searching for something, and he finds it when Eden Snow—a widowed pastor’s wife—brings the church to the bar. I love his character development and his vulnerability. Also, it’s a beautiful redemption story.

2. Eric Hale. Homicide Detective, Eric Hale is the hero in Protective Duty. I love the way he uses humor for about everything, but he knows how to be serious when it counts. He kinda thinks he’s a Jedi and he has a weird addiction to strawberry Twizzlers. And I adore his sacrificial love for heroine, Bryn Eastman.

3. Jax Woodall. Jax shows up in book 3 of the Seasons of Hope series, More Than Words. He’s moved to Mistletoe to be closer to his young daughter—which makes me swoon.

He’s not a man of many words, but he shows his love and affection through actions. He’s a carpenter so he’s constantly building or fixing something whether it’s out of love or his way of apologizing. He’s what you’d call a manly man. 🙂

4. Beckett Marsh. Beckett’s story, Final Verdict, comes out in April. He’s a former Navy SEAL and now the sheriff of a small town in Tennessee. He’s one of my favorites because he’s no-nonsense, tough, probably a little overprotective (for good reason), but he’s a teddy bear inside. I was total mush writing him!

5. Shepherd Lightman. Shepherd kicks off the Security Specialists series in Deep Waters that releases in July. Shepherd was my toughest character to write. His past breaks my heart. He’s a former marine. He’s great at being a soldier but when it comes to showing emotions he severely lacks.

The foster care system wasn’t good to him. 😦 He’s never been in love before and isn’t sure he even knows what that means but one woman makes it pretty clear and their romantic relationship makes me cry, shout for joy, and snicker some. Shepherd is bad to the bone. I’d totally want him to rescue me. Or Beckett. Or Eric. Ah! This was so hard! Thanks for having me!

Beth: No one said choosing favorites was easy! Thanks for being here! You and your heroes are welcome ANYTIME! 😉

Tell us about your latest release

Jess: Concealed Identity is my latest release. It came out this month. Holt McKnight is also one of my favorites but I saved him to talk about here…is that cheating to get six heroes in? 🙂

Holt was a blip in Fatal Reunion and more prominent in Protective Duty. But now he gets his own story and I adored writing him. He’s an undercover DEA agent on a mission which happens to be getting close to Blair Sullivan. She’s trying to build a new life and escape her past. And it’s about a drug cartel with a vendetta. I love this story because it shows a powerful picture of God resurrecting dead dreams and faith to life. 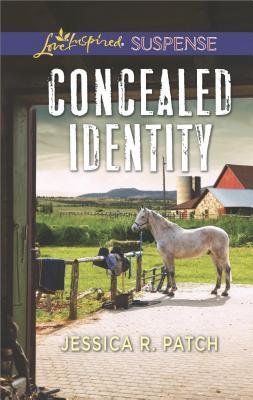 After Holt McKnight’s criminal informant disappears, the DEA agent must go undercover to get close to the missing man’s sister, who may know more than she’s letting on. But when Blair Sullivan’s attacked, it’s up to him to protect her—without blowing his cover.

Blair isn’t sure she can trust her new neighbor, Holt. After all, the last charming and handsome man she fell for was her late husband, and he turned out to be the brother of a ruthless drug lord. Yet when it’s clear the target on her back is somehow linked to her past, she has no choice but to accept Holt’s protection.

Even if getting close is the last thing her scarred heart can handle.

Jess: The next release is Final Verdict—Beckett’s story.

Tell us about your next release.

Secret Service agent, Evan Novak is undercover online to catch ruthless criminals using an underground website. This website allows them to buy guns from around the world using encrypted, digital currency. But someone has double-crossed him and leaked information, and he doesn’t trust anyone. Except the one woman he once loved and destroyed. But Evan is a man of faith now, and he wants to make wrongs right.

I guess we’ll see if he can. *wink wink*

Beth: Thank you so much for sharing your bookish happenings with us!

Jessica R. Patch has offered to send one fortunate reader a signed copy of Concealed Identity!
U.S. residents only.

Which of Jessica’s heroes is YOUR favorite? Leave us a comment!