For the past year, Chloe St. John has been working as a K-9 cop with her German shepherd partner, Hank. After being dumped by her fiance for another woman, Chloe has decided that Hank is just about the only male she likes. She’s over the whole romance thing and focuses her attention on doing her job. Because a serious case of human trafficking with connections to her missing cousin just landed in her lap.

When US Marshall Blake MacCallum’s daughter goes missing, he’s ordered to kill the judge he’s protecting and tell no one about his daughter’s disappearance or she will die. Blake races against the clock to rescue his daughter while Chloe and Hank are asked to be a part of the task force assembled to bring down the traffickers.

Chloe finds herself attracted to the silent, suffering man, but thanks to her previous bad judgment, she wonders if she can trust him. And can Blake trust himself around this firecracker of a woman?

First of all, I applaud this author for boldly approaching the abhorrent topic of human trafficking. This is a subject which must be brought into the light in order to make the public aware of its invasive and dangerous existence. The personal connection of these characters to human trafficking and the resulting emotional adds power to the message of awareness and need.

Chloe is strong, smart, and powerful, especially with her K-9 partner Hank by her side. Eason admirably treats this partnership with the meticulous respect it deserves. Chloe’s family is everything a big caring family should be, not perfect but loyal and loving through life’s inevitable ups and downs.

Blake is one of the good guys… boy scout good, knight in shining armor good, papa grizzly bear good, and more. He’s well-versed in the gifting of sacrificial love whether the recipient is family, friend, or stranger. I was repeatedly impressed by the way Blake carefully juggles his many roles (like a boss or even better, like a mom in a genuinely dad way)!

This fast-paced plot is captivating and moving on a deeper level than the average story. Called to Protect is sure to impact readers with the power of knowledge, compassion, and empathy. I highly recommend this book, it is frankly a must-read title for fans of romantic suspense.

I borrowed an ebook of this title through a paid subscription service. The opinions expressed are my own.

Lynette Eason is the best selling, award-winning author of the Women of Justice series

and the Blue Justice series

. She writes for Revell and for Harlequin’s Love Inspired Suspense line.

Her books have appeared on the CBA, ECPA, and Publisher’s Weekly bestseller lists. She has won several awards including the Carol Award, the IRCC award, the Selah, and the Christian Retailing’s Best 2017 Award. She placed in the top ten in the James Patterson 2016 co-writer contest. The movie, Her Stolen Past, based on Lynette’s novel, aired February 2, 2018 on the Lifetime Movie Network. 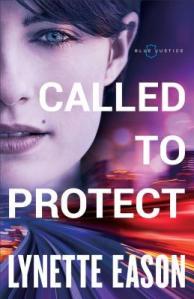 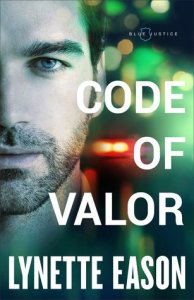 Does your community have a K-9 unit, reader friends?

2 thoughts on “Called to Protect by Lynette Eason”