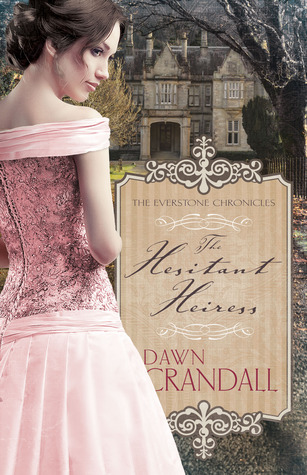 After being unjustly expelled from the Boston Conservatory of Music, Amaryllis Brigham sees her dreams of founding a music academy in her hometown of Seattle, Washington, disappearing before her very eyes. Now, the only way to achieve her goal comes with high stakes for someone set on avoiding men as much as possible: Marry within the year to inherit the immense fortune of her estranged grandmother.

Amaryllis reluctantly moves in to her aunt’s Boston home and rubs shoulders with fashionable society. Despite her own misgivings, she soon finds herself quickly falling in love with the most unlikely of men, Nathan Everstone, the envy of every eligible female, whose father has haunted her dreams for the decade following her mother’s tragic death.

However, Nathan turns out to be much more than he seems…and everything she never knew she wanted. But can she ever really trust an Everstone man?

Everything Amaryllis holds dear has been stripped away from her. After her mother’s funeral, Amaryllis was separated from her father and simple life to be thrust into high society boarding schools. I can’t count how many times my reader-heart broke for this young girl.

When Amaryllis has finally healed enough to pursue her own dream, it is snatched away by a letter from Mr. Everstone. Poor girl just can’t catch a break! All the grief, disappointment, and loneliness in Amaryllis’ heart grows into angry bitterness towards the man she holds responsible.

The storyline is so engaging and I was cheering Amaryllis on as she searched for peace, truth, and if she dared to risk her battered heart, perhaps love as well. This series has garnered high praise from many bloggers and reviewers and I have to say it is well deserved!

I won this title in a contest hosted by the author. My thanks to her and the publisher. The opinions expressed are my own.

Dawn Crandall is an ACFW Carol Award nominated author of the award-winning series The Everstone Chronicles from Whitaker House. The series currently consists of three books: The Hesitant Heiress, The Bound Heart, and The Captive Imposter. The next “Everstone” book, The Cautious Maiden, will release October 4, 2016.

Dawn is represented by Joyce Hart of Hartline Literary. Apart from writing books, Dawn is also mom to two precious little boys and also serves with her husband in a pre-marriage mentor program at their local church in Fort Wayne, Indiana.

8 thoughts on “The Hesitant Heiress by Dawn Crandall”