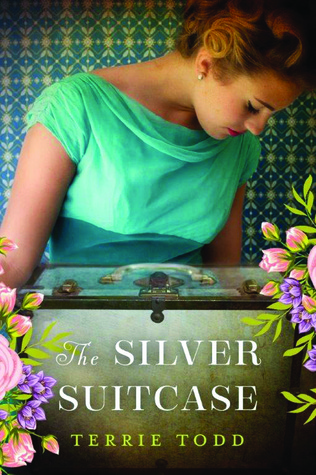 It’s 1939, and Canada is on the cusp of entering World War II. Seventeen-year-old farm girl Cornelia is heartbroken when she learns that her beloved soldier, Henry, has been killed in a train wreck. Alone and carrying a heavy secret, she makes the desperate choice that will haunt her for years to come. Never telling a soul, Cornelia pours out the painful events of the war in her diary.

Many decades later, Cornelia’s granddaughter, Benita, is in the midst of her own crisis, experiencing several losses in the same week, including her job and the grandmother she adored. The resulting emotional and financial stress takes its toll on her and her husband, Ken, who is also unemployed. On the brink of divorce, she discovers Cornelia’s diary. Now the secrets of her grandmother’s past will lead Benita on an unexpected journey of healing, reunion, and renewed faith.

The Silver Suitcase is a beautiful story about the lives of a grandmother and a granddaughter. The bond these two women share reminds me of my mom and her grandmother, they were especially close and often spent time together. Cornelia’s girlhood, first love, tragedy, early teaching career, and marriage experiences take place in the 1930s and 40s. Her contemporary granddaughter, Benita, copes with her own marriage and financial struggles and begins reading the volumes of Cornelia’s journals after her grandmother’s death.

Terri Todd has beautifully woven five generations of this family into the book. I love the way the story line goes back and forth between the two women’s point of view and the journal writings. The Silver Suitcase is hard to put down and full of heartache, suprises, faith, and triumph. The story appeals to both contemporary and historical fiction fans and may leave you wondering what secrets are hidden in your own family tree.

I had the opportunity to read and review this book through NetGalley. The opinions expressed are my own.

Terrie Todd has been trying God’s patience since 1959. She is an award-winning author who has published eight stories with Chicken Soup for the Soul, two full-length plays with Eldridge Plays and Musicals, and writes a weekly faith and humor column for the Central Plains Herald Leader. Terrie’s novel, The Silver Suitcase, a finalist in the 2011 and 2012 Christian Writers Guild’s Operation First Novel contest, was released in January, 2016. In 2010, she served on the editorial advisory board for Chicken Soup for the Soul: O Canada.

After 20 years leading a church drama team, Terrie now works part-time as an Administrative Assistant at City Hall. She lives with her husband, Jon, on the Canadian prairies where they raised three children and now enjoy the shenanigans of four grandsons. When not working or writing, Terrie pursues acting, vegan cooking, and playing the saxophone, all with mixed reviews.

Do you have an ancestor you’d like to know more about? There are a whole handful of mysteries I’d like to solve in our family tree!