Hello, reader friends! I’m delighted to share my thoughts on newly-released prequel novella A Glimmer of Hope by Julie Lessman.

A Glimmer of Hope by Julie Lessman (Isle of Hope book 0.5) 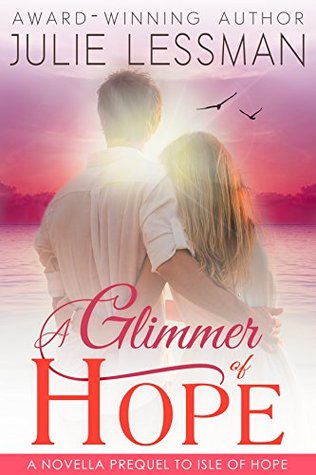 She’s a wounded girl serving up trouble.
He’s a pastor’s kid bent on serving God.
But can they find a glimmer of hope for a future together?

From the moment Jack O’Bryen kissed the sixteen-year-old tomboy next door, he knew he would love her forever. Lacey Carmichael was everything he’d ever wanted—intelligent, warm, and brimming with life, the perfect complement to his serious and sensible self. A girlfriend who not only shared his faith, but he hoped his future as well, the perfect mate for a would-be pastor.

Eighteen-year-old Lacey Carmichael has dreamed of marrying Jack O’Bryen since she was twelve years old, the boy next door who always picked up the pieces after her father shattered her heart. But when her cousin leads her astray while Jack’s away at school and her father’s rejection soars to new heights, Lacey finds herself at odds with the boy that she loves, not only jeopardizing their relationship, but Jack’s faith and heart as well.

I’m a big fan of Julie Lessman’s historical fiction and she does not disappoint in the contemporary genre! A Glimmer of Hope is centered around two young adults in a long-time relationship and their families.

Jack admirably tries to protect Lacey without compromising his commitment to honor God’s Word. Unfortunately, Jack can’t fill the hole in her heart where her daddy’s love should be. Lacey’s father is so verbally abusive and breaks my heart to know there are men who behave this way. The horrible influence of her cousin, Nikki, drives Lacey’s situation from bad to worse! I do find myself wanting to know more about Lacey’s mother but hopefully those questions will be answered in the next book, can’t fit it all in a novella prequel after all.

So what is going to happen next between Jack and Lacey? If I know Julie Lessman, it’s going to be good and I can’t wait to read Isle of Hope to find out! 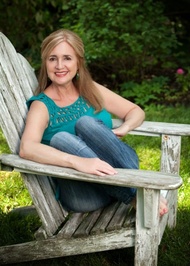 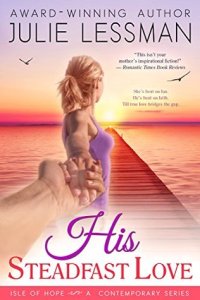 Be sure to check out Julie’s website, it is loaded with excerpts and all kinds of fun!

3 thoughts on “A Glimmer of Hope by Julie Lessman”