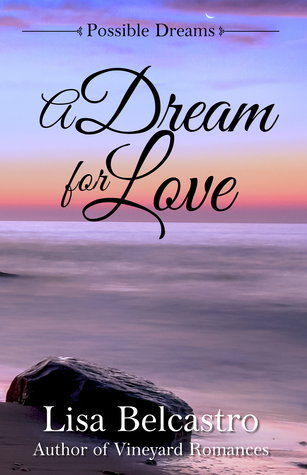 When the gavel hit the wooden block at the Possible Dreams Auction, Laurel Simmons sat in stunned silence. Her sister had lost her mind, purchasing a week’s vacation stay for two at actor Ryan Crandall’s beach house on Martha’s Vineyard. And then Tammy announced that she was giving the “dream” to Laurel as an early birthday present.

A month later, Laurel and her four-year-old daughter Gracie arrive at the luxurious house on Squibnocket Beach ready to swim, play, picnic and enjoy the peace and solitude together.

Laurel’s dream vacation quickly turns into a nightmare when Hollywood bad boy Ryan Crandall shows up to escape his latest tabloid headlines. Ryan wants the woman and her child gone. Laurel wants him gone. Fate will bring them together for reasons neither one of them expected, but fate will also drive them apart.

Laurel has a past she needs to keep hidden. Her life and Gracie’s depend on it. Ryan has a past, and present, that’s been food for public consumption for over a decade. Will the past deprive them of a future? Or will they dare to dream a dream for love?

First, I’d like to thank the author for sponsoring and Robin Lee Hatcher for hosting the giveaway for this title and Shenandoah Nights (I’ll link my review for that title here when I post it) on her website. Lisa Belcastro was a completely new to me author at the time so I went into this book as a blank slate.

Laurel Simmons has an even higher stress level than the average single mom. A secret from her past has her white-knuckling her way through life in order to protect herself and her four-year-old daughter Gracie. The way big sister Tammy and her husband bless Laurel with a much-needed getaway and are such a strong support system for her warmed my heart. Little Gracie is a delightful little princess who embodies innocence and everything pink and frilly. I can well understand Laurel’s fierce need to protect her precious little one.

Ryan Crandall has really lost his way and earned himself a reputation as a Hollywood bad boy. Although he is not pleased to find a strange and prickly woman in his home, the effect her little girl has on him slowly inspires a positive change in his heart. There’s just something about the way a little girl can wrap a man, especially those tough guys, around her little finger. The moments shared between Ryan and little Miss Gracie are so beautiful. To top it all off, this great story is set 0n beautiful Martha’s Vineyard and I just loved imagining the characters romping through the sand and surf, can’t beat that!

Lisa Belcastro lives with her family on Martha’s Vineyard.  She loves chocolate, gardening, outdoor activities, cooking, laughing, reading, traveling, a healthy dose of adventure, and her cat, Ben, who keeps her company while she creates fictional lives for the numerous characters living inside her head.

Lisa’s stories are set on the Vineyard amidst the magnificence of the ocean, the beauty of sandy beaches, rolling hills, and ancient cliffs, as well as the people and events that make the Island so very unique.

When she’s not at her desk, Lisa is living in paradise, volunteering at her daughter’s school, serving in her church community, planting and weeding her numerous gardens, training to run the Walt Disney World Dopey Challenge in January 2016, walking the beach looking for sea glass, or enjoying a great meal while she pens the cuisine column for Vineyard Style Magazine.

I live in the landlocked midwest but there’s just something soothing about bodies of water. Do ocean waves, rippled lakes, rushing river waters, or even the sounds of a burbling creek have a calming effect on you? Leave a comment below and let me know!

The Reversal by T.I. Lowe

3 thoughts on “A Dream for Love by Lisa Belcastro”

GIVEAWAY! Don't you just love learning interesting little bits of history through fiction?!
GIVEAWAY! Do you enjoy investigative, law enforcement, or armed forces vibes in a story?
When reading biblical-era fiction, what stands out most to you?
Enjoy this random #shelfie while I pick up my sister and nephew from the airport!
GIVEAWAY! Y'all, I love a cozy small-town Christmas. It's in my blood.
There's nothing quite like a friendship built on a foundation of faith and good books!
GIVEAWAY! I am downright giddy over this series, y'all! Shannon McNear is a wonderful storyteller and one of my favorite sources for frontier fiction.
GIVEAWAY! Is your Christmas tree up? I snatched this adorable cowboy bear from ours for the super cute kids on this cover.
Finding Lady Enderly is jam packed with masterful wordsmithery! Words are not my strength these days (my swoofness is sorely out of shape) so I'm borrowing from my review of A Rumored Fortune (since the shoe fits)! Link in profile.
Do you camp? Tent, trailer, or glamping?