Hello, reader friends! We are celebrating the release of The Curator’s Daughter by Melanie Dobson with a visit and a giveaway!

Melanie Dobson is the award-winning author of more than twenty historical romance, suspense, and time-slip novels. Five of her novels have won Carol Awards; Catching the Wind was nominated for a Christy Award in the historical fiction category and won an Audie Award in the inspirational fiction category; and The Black Cloister won the Foreword Magazine Religious Fiction Book of the Year.

Melanie is the former corporate publicity manager at Focus on the Family and owner of the publicity firm Dobson Media Group. When she isn’t writing, Melanie enjoys teaching both writing and public relations classes at George Fox University.

Melanie and her husband, Jon, have two daughters. After moving numerous times with work, the Dobson family has settled near Portland, Oregon, and they love to hike and camp in the mountains of the Pacific Northwest and along the Pacific Coast. Melanie also enjoys exploring ghost towns and abandoned homes, helping care for kids in her community, and reading stories with her girls.

outdoor activity – Hiking and hot tubbing (in that exact order!)

place to write – Our local coffee shop for regular writing days and on those deadline days…preferably a getaway overlooking the ocean to calm my racing mind. The midnight hours are the best for me when it comes to stepping into a fictional world.

. She was “broken” by culture’s standards in the 1950s and certainly misunderstood, but God gifted her with an eye for beauty and the ability to transfer the gardens of Ladenbrooke Manor onto paper. It was pure joy for me to write her redemptive story from the perspective of a cast of characters who didn’t necessarily like each other but they all loved her.

book you’ve read recently – Whose Waves These Are

B: Oooo! Shadows of Ladenbrooke Manor is one I’ve not gotten to yet, I’ll have to fix that!

What are some of the challenges you faced while writing The Curator’s Daughter?

M: The main question that I wrestled through as I developed this story was: How did intelligent, God-fearing Germans get swept into the rhetoric and vile belief system of Adolf Hitler and the National Socialist Party? This drove me to dig deeply into my research and my own heart. Then the answers poured out, like they often do for me, through the multiple perspectives of a time-slip novel.

B: Yes, I look forward to the answers you’ve found to that question.

What did you learn or discover about yourself while writing The Curator’s Daughter?

M: As someone who’s been writing World War II-era fiction for seven years, it has become easy for me to pass judgment on those who seemed to make bad choices before and during the Holocaust. But when I walked alongside my German characters in the writing of this novel, when I realized what they faced and what they didn’t know through the much clearer lens of hindsight, I discovered that I was no different than many during this era who were sucked into Nazism. This experience has made me even more vigilant to weigh what is right and wrong today, watching the actions of others instead of just listening to their words. And then trying to weigh my own thoughts and actions as I determine whether I’m faithfully living what I believe.

M: I love writing about seemingly ordinary people who do extraordinary things to help others in a crisis. My next time-slip novel, set partially in Southern France, was inspired by Quaker men and women who risked their lives to rescue Jewish children during World War II, helping some of these children escape over the treacherous Pyrenees Mountains to find freedom on the other side.

B: I’m looking forward to it! Thank you so much for taking the time to visit with us, Melanie!

The Curator’s Daughter by Melanie Dobson

A young girl, kidnapped on the eve of World War II, changes the lives of a German archaeologist forced into the Nazi Party and—decades later—a researcher trying to overcome her own trauma.

1940. Hanna Tillich cherishes her work as an archaeologist for the Third Reich, searching for the Holy Grail and other artifacts to bolster evidence of a master Aryan race. But when she is reassigned to work as a museum curator in Nuremberg, then forced to marry an SS officer and adopt a young girl, Hanna begins to see behind the Nazi facade. A prayer labyrinth becomes a storehouse for Hanna’s secrets, but as she comes to love Lilly as her own daughter, she fears that what she’s hiding—and what she begins to uncover—could put them both in mortal danger.

Eighty years later, Ember Ellis is a Holocaust researcher intent on confronting hatred toward the Jewish people and other minorities. She reconnects with a former teacher on Martha’s Vineyard after she learns that Mrs. Kiehl’s mother once worked with the Nazi Ahnenerbe. And yet, Mrs. Kiehl describes her mother as “a friend to the Jewish people.” Wondering how both could be true, Ember helps Mrs. Kiehl regain her fractured childhood memories of World War II while at the same time confronting the heartache of her own secret past—and the person who wants to silence Ember forever.

Thanks to the generosity of the publisher, one fortunate Faithfully Bookish reader friend will win a print copy of The Curator’s Daughter by Melanie Dobson. 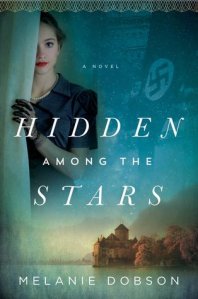 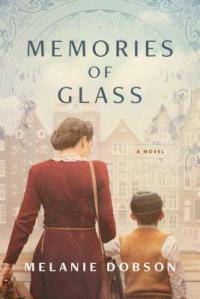 Melanie Dobson writes some of the best split-time novels I’ve ever read!
Be sure to add The Curator’s Daughter by Melanie Dobson to your tbr!