A funny, heartfelt romance about how an antique shop, a wardrobe, and a mysterious tea cup bring two C.S. Lewis fans together in a snowy and picturesque Oxford, England. 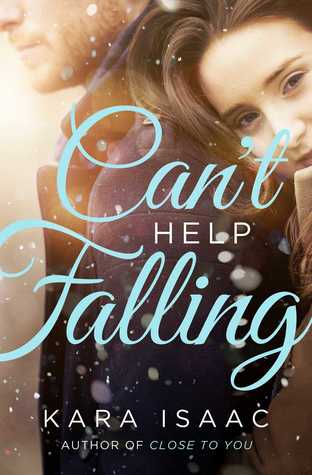 Emelia Mason has spent her career finding the dirt on the rich and famous. But deep down past this fearless tabloid-reporter façade, there’s a nerdy Narnia-obsessed girl who still can’t resist climbing into wardrobes to check for the magical land on the other side. When a story she writes produces tragic results, she flees to Oxford, England—home to C.S. Lewis—to try and make amends for the damage she has caused.

Peter Carlisle was on his way to become one of Great Britain’s best rowers—until he injured his shoulder and lost his chance at glory. He’s determined to fight his way back to the top even if it means risking permanent disability to do so. It’s the only way he can find his way past failing the one person who never stopped believing in his Olympic dream.

When Peter and Emelia cross paths on her first night in Oxford, the attraction is instant and they find common ground in their shared love of Narnia. But can the lessons from a fantasyland be enough to hold them together when secrets of the real world threaten to tear them apart? Cobblestone streets, an aristocratic estate, and an antique shop with curious a wardrobe bring the world of Narnia to life in Kara Isaac’s inspiring and romantic story about second chances.

What do you do when the life you had so carefully planned out and prepared for careens wildly out of control? Pick up the pieces and reinvent yourself? Cling to your dream until your white knuckles crack and bleed? I tend to be a compulsive fixer. Damage control on the surface is easier to address than deeper issues of forgiveness, healing, and grief.

Nearly losing herself in her pursuit of a career in journalism, Emelia Mason hardened her heart to survive the gritty life of a tabloid reporter until one story broke her heart. I admire her for heeding the wake-up call and leaving that life behind. Emelia can’t forgive herself for her part in the tragedy and moves halfway across the world to do something good.

Peter Carlisle was plodding strong and steady down the road to an Olympic rowing medal when an injury derailed his dream. Although he still has the drive and devotion of an Olympian, is Peter really willing to risk permanent disability for a sport? I am not in any way, shape, or form an athlete so I had a hard time wrapping my mind around his intensity.

A more probing question couldn’t be asked of a devoted Narnian tumbling from a wardrobe. United in their Narnia fandom, Peter and Emelia strive to work towards a common goal while attempting to ignore the elephant in the room. Allison and Jackson from Close to You are back as strong secondary characters and I even found myself enjoying a scene involving Allie’s mother. I adore the Narnia references and the unapologetic role of faith throughout the storyline. Fabulous storytelling! I am eagerly anticipating Kara Isaac’s next title.

I requested the opportunity to read and review this title through NetGalley. The opinions expressed are my own.

Kara Isaac lives in Wellington, New Zealand. When she’s not working her day job as a public servant, chasing around a ninja preschooler and his feisty toddler sister, she spends her time writing horribly bad first drafts and wishing you could get Double Stuf Oreos in New Zealand.

Her debut romantic comedy, Close To You, released April 2016. Her sophomore novel, Can’t Help Falling, just released in October 2016 and is an RT Reviews Top Pick. She loves to connect with readers.