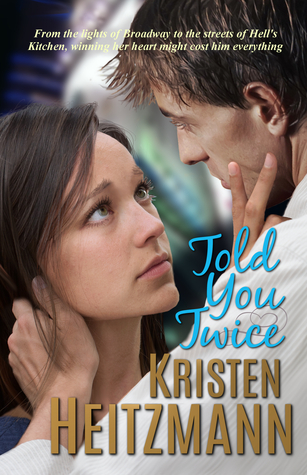 Alexis Murphy is done messing with the wrong kinds of men. She could not be happier planning a personalized Grace Evangeline wedding with her fiancé, Jeffrey, who is so…right for her. Or is he?

Stage star and spokesmodel, Bo Corrigan, could be the ultimate disruption. Alexis—Exi—is caught by his talent and sexual magnetism. Yet under the glow, she senses trouble, not only danger from Bo’s past mistakes, but something inside tearing him apart.

From the moment Bo sees Exi, he knows she’s special, but not only that—she’s real. Unlike the theater scene he’s been immersed in, she sees the man he is and won’t stop until she’s reached inside and brought that person from despair to life … if only they have time. With violent forces against them, can they get beyond the damage to love that heals and restores?

Gritty suspense, undeniable attraction, and sweet redemption kept me glued to the pages chapter after chapter. Sometimes people just need someone to believe in them before they can believe in themselves. In my opinion, Exi and Bo have that in common but not much else. So, opposites attract, right?!

Exi has been a bit naive in the past and as a result, her family tends to hover and coddle her. The support of a few good friends bolsters her confidence and sending her down a path of self-discovery. I cheered for her as she stepped out of her compliant shell and started living her life with purpose.

Bo has earned his bad boy reputation and although he’s on his way to life on the straight and narrow, the consequences of his past choices are an ever present danger to him and those close to him. Be prepared for at least two varieties of “Bo induced” heart pounding, swoon-worthy and nail-biting.

I requested the opportunity to read and review this title and a complimentary copy was provided by the author. The opinions expressed are my own.

Kristen Heitzmann is the bestselling author of contemporary romantic suspense, psychological suspense, and historical novels, including Christy Award finalists Indivisible and The Tender Vine and Christy Award winner Secrets. In 2013, her novel The Breath of Dawn won both a Christy Award and Inspirational Readers Choice Award and was a finalist for a people’s choice award in the Netherlands. She is a fiction track and workshop teacher at American Christian Fiction Writers Conference and keynote speaker for women’s and writers’ conferences.

An artist and mountain hiker, Kristen lives in Colorado with her husband, pets, wildlife, and extended family.

If you missed it, here’s where you can find my review of Told You So.

3 thoughts on “Told You Twice by Kristen Heitzmann”