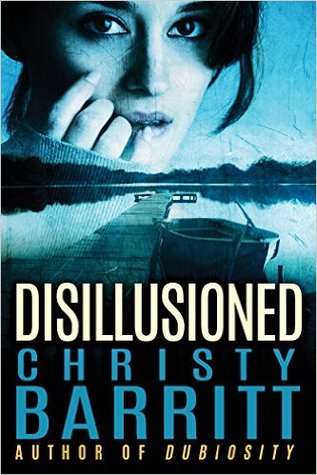 Nikki Wright is desperate to help her brother, Bobby, who hasn’t been the same since escaping from a detainment camp run by terrorists in Colombia. Rumor has it that he betrayed his navy brothers and conspired with those who held him hostage, and both the press and the military are hounding him for answers. All Nikki wants is to shield her brother so he has time to recover and heal.

But soon they realize the paparazzi are the least of their worries. When a group of men try to abduct Nikki and her brother, Bobby insists that Kade Wheaton, another former SEAL, can keep them out of harm’s way. But can Nikki trust Kade? After all, the man who broke her heart eight years ago is anything but safe…

Hiding out in a farmhouse on the Chesapeake Bay, Nikki finds her loyalties—and the remnants of her long-held faith—tested as she and Kade put aside their differences to keep Bobby’s increasingly erratic behavior under wraps. But when Bobby disappears, Nikki will have to trust Kade completely if she wants to uncover the truth about a rumored conspiracy. Nikki’s life—and the fate of the nation—depends on it.

I may not be a full-blown conspiracy theorist but I wholeheartedly believe Ronald Reagan’s words, “The nine most terrifying words in the English language are: ‘I’m from the government and I’m here to help.'” I’m surprised just how much I enjoyed the action-packed twists (and the hunky Texan) in this story. Christy kept me on the edge of my seat!

Nikki is committed to doing everything in her power to protect her brother Bobby. Each of them is committed to doing whatever is best for the other. So who DO you trust when you can’t trust anyone? Nikki never planned to see her former fiancé, Kade, ever again yet that is exactly who Bobby calls. They are depending on Kade to keep them safe and help uncover the truth.

Kade’s steady faith, calm personality, and expertise in covert situations make him the perfect balm for Nikki’s frazzled nerves and battered spirit. Overcoming their past while staying one step ahead of danger is a monumental task. From camping under the stars to politely hijacking a mobile library, Disillusioned is loaded with suspense, adventure, and romance.

I requested the opportunity to read and review this title and a complimentary copy was provided by the author through NetGalley. The opinions expressed are my own.

Christy Barritt is an author, freelance writer and speaker who lives in Virginia. She’s married to her Prince Charming, a man who thinks she’s hilarious–but only when she’s not trying to be. Christy’s a self-proclaimed klutz, an avid music lover who’s known for spontaneously bursting into song, and a road trip aficionado. She’s only won one contest in her life–and her prize was kissing a pig (okay, okay… actually she did win the Daphne du Maurier Award for Excellence in Suspense and Mystery for her book Suspicious Minds also). Her current claim to fame is showing off her mother, who looks just like former First Lady Barbara Bush.

When she’s not working or spending time with her family, she enjoys singing, playing the guitar, and exploring small, unsuspecting towns where people have no idea how accident prone she is.