Another excellent addition to the Coastal Hearts series, The Art of Rivers by Janet W. Ferguson is full of heart, hope, and redemption.

Rivers Sullivan bears both visible and invisible scars—those on her shoulder from a bullet wound and those on her heart from the loss of her fiancé during the same brutal attack. Not even her background as an art therapist can help her regain her faith in humanity. Still, she scrapes together the courage to travel to St. Simons Island to see the beach cottage and art gallery she’s inherited from her fiancé. When she stumbles upon recovering addicts running her gallery, she’s forced to reckon with her own healing.

After the tragic drowning of his cousin, James Cooper Knight spends his days trying to make up for his past mistakes. He not only dedicates his life to addiction counseling, but guilt drives him to the water, searching for others who’ve been caught unaware of the quickly rising tides of St. Simons. When he rescues a peculiar blond woman and her sketch pad from a sandbar, then delivers this same woman to his deceased grandmother’s properties, he knows things are about to get even more complicated.

Tragic circumstances draw Cooper and Rivers closer, but they fight their growing feelings. Though Cooper’s been sober for years, Rivers can’t imagine trusting her heart to someone in recovery, and he knows a relationship with her will only rip his family further apart. Distrust and guilt are only the first roadblocks they must overcome if they take a chance on love.

Fans of beauty from ashes stories, this book is for you! From tragedy to triumph, Cooper and Rivers navigate turbulent waters of regret and grief in a challenging and inspiring tribute to second chances. Ferguson delivers a complex and faith-filled plot with raw and authentically flawed characters.

In addition to featuring a hefty dose of grief, The Art of Rivers also touches on the issues of addiction, family dynamics, and legacy. This is a story that tore at my heartstrings and pulled my emotions into knots. The coastal setting and tight-knit community is a soothing balm and glances into the past help readers make sense of character mindsets.

This book is an excellent selection for building empathy and gaining a better understanding of those who struggle with addiction or have loved ones with addictions. As always, Janet W. Ferguson crafts a story with honesty, healing, and hope. I recommend this book as well as the previous installments of the Coastal Hearts series. 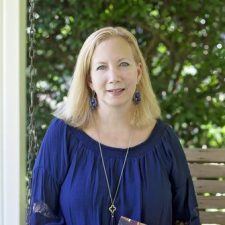 Janet W. Ferguson grew up in Mississippi and received a degree in Banking and Finance from the University of Mississippi.

She has served her church as a children’s minister and a youth volunteer. An avid reader, she worked as a librarian at a large public high school.

Janet and her husband have two grown children, one really smart dog, and a few cats that allow them to share the space. 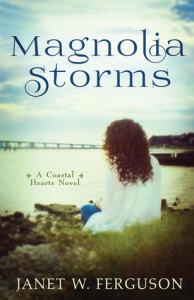 Janet has generously provided an ebook copy of The Art of Rivers for one fortunate Faithfully Bookish reader!

Let me know if you’ve read The Art of Rivers by Janet W. Ferguson or are adding to your tbr.

5 thoughts on “The Art of Rivers by Janet W. Ferguson”